It seems like I'm constantly pooper scooping the backyard and wondering why isn’t there a better way to dispose of it. The daily and weekly collections in the recycled plastic grocery bag does work. It's just so eco UNfriendly.

My next "solution" was a five gallon bucket, with a lid and trash liner, placed away from the house. I really thought this was a winner until a few weeks went by and the stench! Let's be honest, too, it was GROSS!

Then I remember a local man I purchased worms from when I was just starting my worm farm. He actually taught his worms to process disposable diapers, year-round, under his back porch. So why not dog waste worm farm?

The container I used was a plastic ice cream bucket with a lot of holes drilled all around. The ground hole was dug deep enough for the bucket & lid to be flush with the earth and still easily open the lid. I watered the area, and added shredded & moistened cardboard, newsprint, pureed egg shells and a some kitchen waste to the bucket. It was now ready for the worms.

Other than the addition of daily yard droppings, the bin was pretty much ignored until the following Spring. I was anxious to see if the worms made it through the winter. To my surprise, not only did I have a beautiful bucket of finished vermicompost waiting for me, the worms in the bin were healthy and had multiplied considerably.

In ground Dog waste worm farms are a terrific way to recycle as long as two rules are followed:

1) Do NOT use the finished vermicompost on edible plants. It’s great for trees, shrubs and non-edible flowers.

2) Know where the runoff will go and ensure edibles aren't in that path. The spot I choose the back corner of the yard under a tree. My garden was on opposite side of the yard and the neighbor’s yard did not have any edible plants.

LESSONS LEARNED In hindsight, the ice cream bucket was way too small. Whatever size you think is perfect for your dogs, triple it. The following year, I put in a much bigger dog poo worm farm using a recycled plant bucket that housed a very large tree.

The drainage holes were perfect and because soil isn’t a food source for Red Wigglers, I knew they wouldn’t go too far from their bedding. For that reason, 1-2 inch holes were drilled and placed on the lower half of the bucket. It would take some time to fill this farm up and I didn’t want the worms drying out on the climb to the top.

A piece of scrap wood was placed on top of the bucket and a used handle from the ReStore was put on it for easy access.

Where To Put All That Stuff???

How Not Knowing Sustainable Spring Cleaning Makes You a Rookie 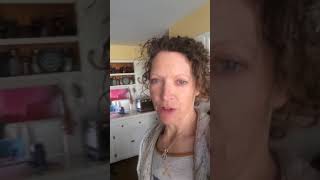 Is Your Herbal Interest Piqued?

Bugs in the Worm Bin

Which One Is Sustainable? 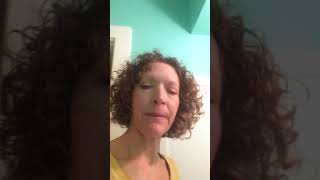 Baking Soda For a Clean Sink